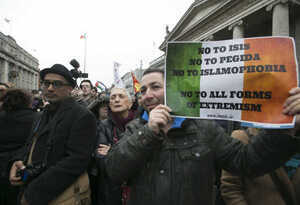 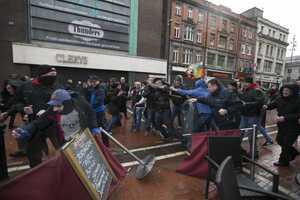 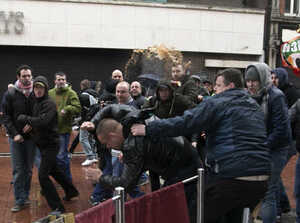 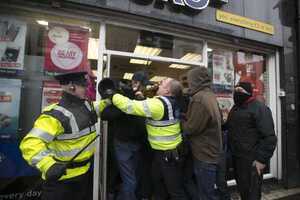 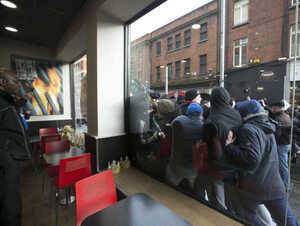 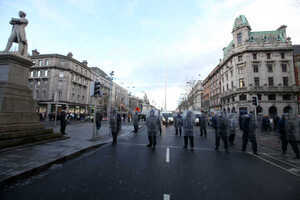 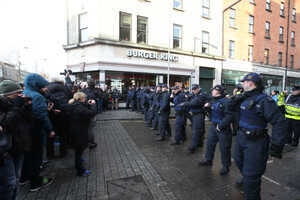 Scuffles broke out when a small party broke away from the main gathering of anti-Pegida demonstrators and chased another group, believed to be Pegida supporters, down North Earl Street and into a discount store.

Members of the Garda Public Order Unit, approaching from Talbot Street, baton charged protesters outside the shop back towards O’Connell Street and then set up a cordon in the middle of North Earl Street.

RTÉ is to make a formal complaint after a senior staff camerman was injured “by a garda”. Laura Fitzgerald, communications manager for RTÉ news and current affairs, said “one of our cameramen was injured while working covering a demonstration and he was injured by a garda”. She said the camerman was receiving medical attention.

Placard about Irish Pegida leader at #nopegida protest to oppose launch at GPO in Dublin pic.twitter.com/8qtatI3du4 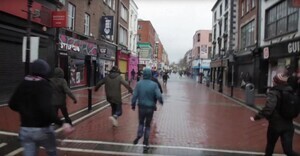 The day that was in it.