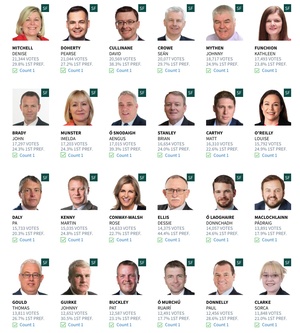 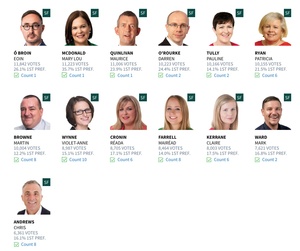 Ahead of the general election, RTÉ’s political team predicted how the vote would go in each constituency online.

Many of RTÉ’s staff based their predictions on the 2019 local elections, during which Sinn Féin lost 78 seats across the country.

“Buckley stepped in as a new broom and kept the Sinn Fein seat in 2016. But his profile on the ground is said to be not what it needs to be…”

The result: Mr Buckley topped the poll and was elected on the first count with 12,587 votes, 23.1% of the first preference votes.

“Political observers will be closely watching the Sinn Féin leader’s vote after a series of disappointing results for the party in last May’s local elections. On that occasion, Sinn Féin said the party had failed to get its vote out. But recent opinion polls point to improved prospects for the party.”

The result: Mary Lou McDonald topped the poll and was elected on the first count with 11,223 votes, 35.7% of the first preference votes.