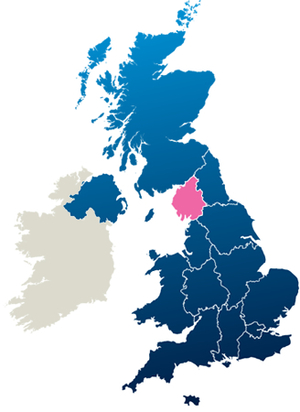 British nuclear reprocessing plant Sellafield said it had detected “high levels of radioactivity at one of its on-site monitors and was operating at reduced staffing levels.

Rory O’Neill (no really) of Sellafield assures us:

“One of the 20-odd site perimeter monitors that we have is registering above normal levels of radiation. It’s not a level that would trigger any kind of activity on or off site. It’s below levels that would demand us to do sheltering or anything like that.” 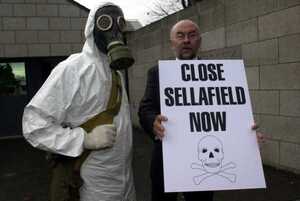 (Ruairi Quinn and friend outside the British Embassy, Dublin 2001)

Ireland has nothing to fear from proposals for eight new nuclear power plants in Britain, this country’s nuclear safety watchdog says.

A three-year study by the Radiological Protection Institute of Ireland (RPII) found the day-to-day running of the plants would pose no health risk here.

And it said even in a worst-case scenario, where the most serious kind of accident was combined with the least favourable weather conditions, the maximum radiation dose likely to be received by members of the public was still well within safety limits.