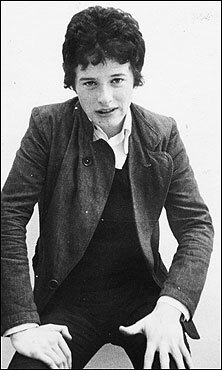 Repentant IRA bomber Shane Paul O’Doherty went on the Ray D’arcy Show on RTÈ Radio 1 yesterday to discuss his life growing up on the ‘wrong side of the border’and why he turned to violence.

In a lengthy, compelling interview Mr O’Doherty, who took to religion in Long Kesh, addresses ‘misconceptions’ about when the Troubles began, questions the role – if any –  of the 1966 Easter Rising commemorations in luring young men to the IRA and speculates on the organisation’s most famous ‘non-member.

Ray D’Arcy: “My next guest, Shane Paul O’Doherty received 30 life sentences for his bombing campaigns with the IRA in 1975. Seeing his victims in court sent him on a journey of discovery through years of studying the Bible and corresponding with his Bishop, he found the truth he’d been looking for in the isolation of his solitary cell. Today, he’s still atoning for his actions. How’re you doing Shane?”

D’Arcy: “Will wrote it. You were the subject would you believe of a documentary on Sunday night?”

D’Arcy: “…Who is the Head of Religious Programmes at RTÉ”

O’Doherty: “ – about six months ago, I said Roger, ‘Can you think outside the box, can you make a sexy, different play about Kevin Barry about his last few weeks?’ So, it worked out that we got a documentary about me writing a play about Kevin Barry and more, and more of my story than I really wished – because, I mean I’ve had this book out about donkeys years – that I’ve brought you a copy of and one for Will, there isn’t a copy for everyone in the audience.”

D’Arcy: “Thanks Shane. Well, I watched that and I watched Peter Taylor’s documentary, which was made in 1989, in which he spoke to your four brothers and your ma – it’s very fascinating and the interesting thing was that you wrote a letter when you were nine, which said, ‘When I grow up I want to fight and if necessary die for Ireland’s Freedom’. Signed Shane Paul. Well, you were nine – in 1965.”

O’Doherty: “Yeah, well I was 10. I had been reading books about Irish history for years, there was a real library at home and I somehow got stuck into books on Irish history, with you know the terrible sorrows of Irish history, and you know there was one book there – ‘Speeches from the Dock’ – an old book, I’ve still got copies of it yet. and I was fired up as a kid, you know, as someone who was reading from a very young age, my Da was a teacher in the Christian Brothers, he was a great man for reading and I had read so much about Irish history that i was overwhelmed by its tragedies and I had a notion, you know that I wanted to grow up and fight for Ireland – to die for Ireland. But the interesting thing was when I was being interrogated by the RUC much later, having been arrested during the cease-fire in ’75 – they raced in with great glee at one point in the interrogation and showed me this – and I was more embarrassed by that note…”

D’Arcy: “So they were using that as evidence against you?”

O’Doherty: “Ah well, I’d say it was intended to cause me embarrassment. You know, what a D Head you are – we’ve captured you, you know?” END_OF_DOCUMENT_TOKEN_TO_BE_REPLACED