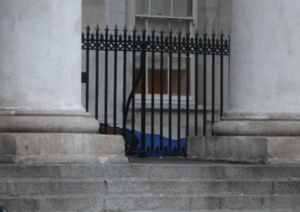 The Simon Community released its annual report for 2015 this morning.

The launch of this report followed an early-morning count of the number of people sleeping rough in Dublin.

The main findings of the Simon Community’s report are as follows:

10% of people moved out of emergency accommodation into a home

46% increase in housing capacity, through opening and acquiring 109 new properties in 2015.

59% increase in those accessing Emergency Accommodation