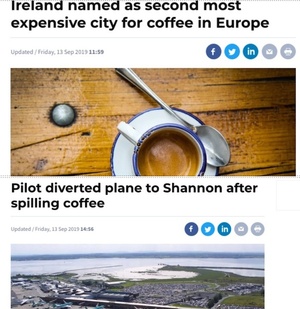 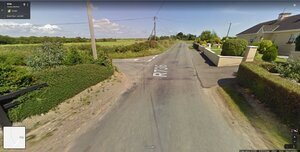 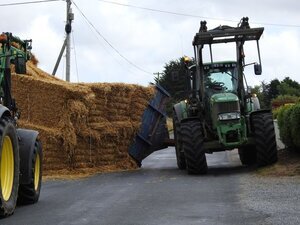 They left a ‘shed load’ of room to pass…It’s the last ‘straw’ for this farmer …time to ‘bale’ out!

It’s not a pun harvest unless you insist. 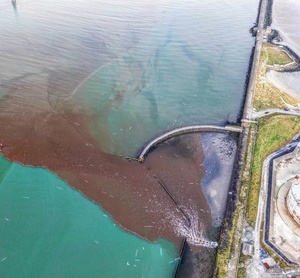 Almost two weeks ago, a sewage spill took place at the Ringsend wastewater treatment plant with the discharge flowing into Dublin Bay.

The spill from the plant, which caters for 40 per cent of the country’s wastewater, was photographed with the use of a drone by Eoin O’Shaughnessy, of Dublin City Shots.

Further unplanned discharges of partially treated sewage can be expected in Dublin Bay over the next few years, a regulator has warned.

The Environmental Protection Agency (EPA) has blamed problems with a lack of capacity for an incident at Irish Water’s sewage treatment plant in Ringsend, the country’s largest wastewater treatment plant.

It said an investigation into the discharge on February 23 indicated that there would be ongoing issues until an upgrade to the plant had been completed. EPA inspectors concluded that the spillage was primarily caused by the plant operating above its capacity.

An estimated 100 cubic metres of sludge was released into Dublin Bay over 20 minutes. The details became public only after footage of a large brown-coloured plume was captured by a drone operator and appeared on social media. 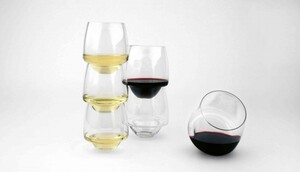 Silly to look at.

And virtually impossible to spill.