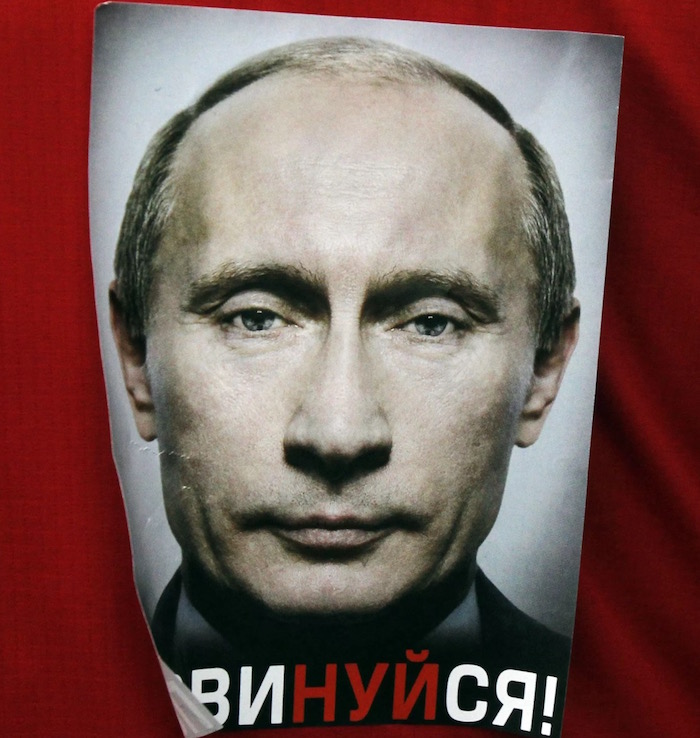 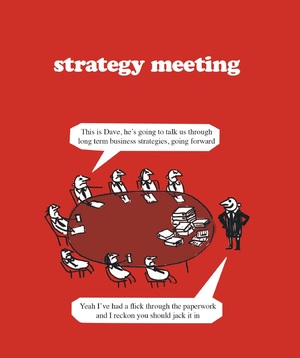 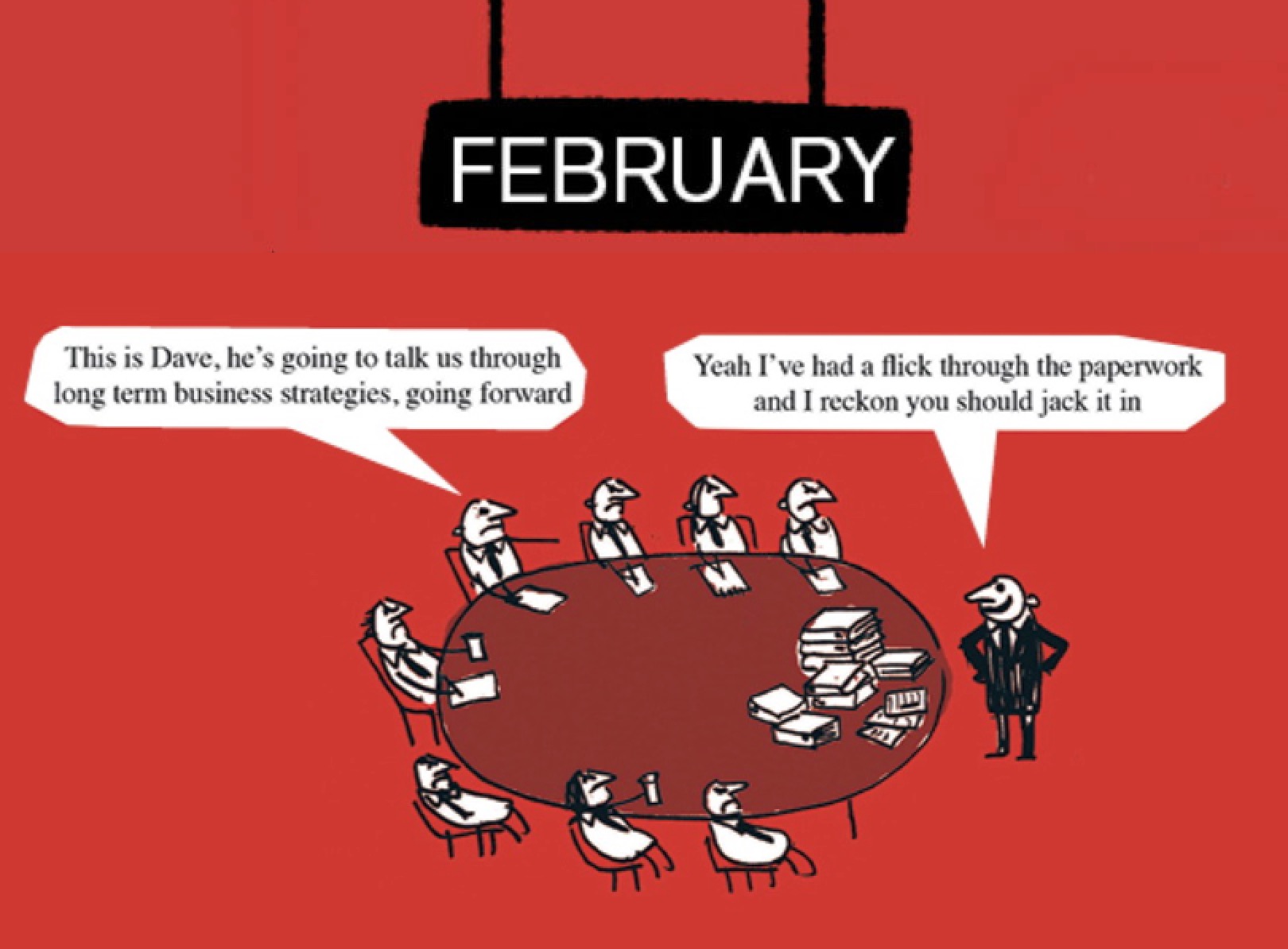 An illustrated guide by Ben’s Tips. To wit:

Wake up sleepy, the sun is up! Ah, it seems that the sun is not the only thing that is up. Look  down, what did you see? Yes, it is your antenna that is still broadcasting the late night show. This phenomenon is also known as “Morning Wood”. Not only that but also your bladder is about to explode, it’s time for a “wee wee”. 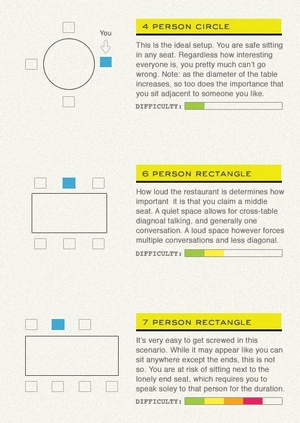 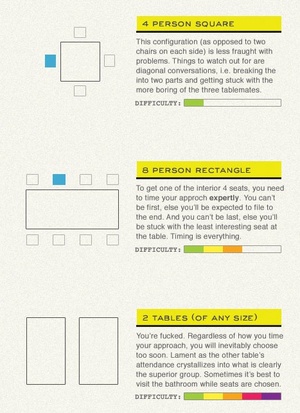 One of the most complex social situations you will encounter is the 45 seconds that elapse while deciding where to sit for dinner at a restaurant. Your choice should appear natural, unbiased and haphazard if executed properly. Timing is everything. These 45 seconds determine how enjoyable your next 2 hours will be. Once the pieces start to fall into place and people take their seats, your choices narrow. People sit, seemingly at random, and if you don’t take the appropriate measures, you’re inevitably stuck at the least interesting end of the table.