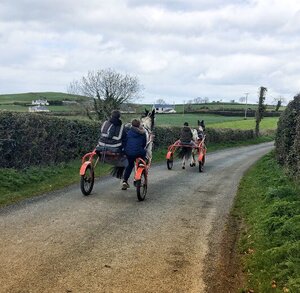 Roads very quiet on this morning’s walk. Passed by one tractor, one van, plus six ponies and carts. 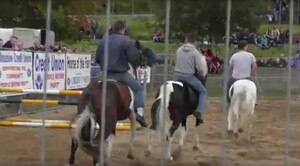 The two-wheeled horse drawn cart is mainly used in Ireland by members of the traveling community. 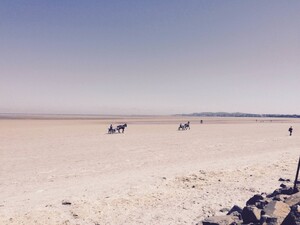 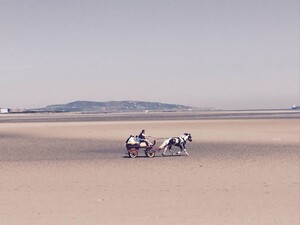 At lunchtime yesterday. FIVE of these went racing past. Gardai arrived soon after these were taken… 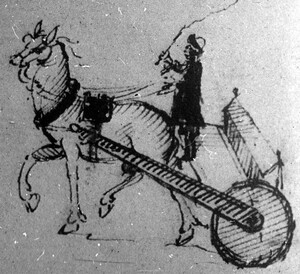 The vehicles in your Sandymount Chase post reminded me of the original ‘Ringsend cars’ once used to transport passengers across the soggy mudflats of Dublin Bay – a stretch described by one visitor as ‘one of the most horrible stinks of filth I have ever encountered‘.

The cars were simply made and consisted of a frame formed with an axle between two wheels and a bench supported on two shafts slung between them. A bumpy ride!

Francis Elrington Ball, in his History of Dublin, records extremely competitive races by the car drivers on Sandymount strand on their days off. 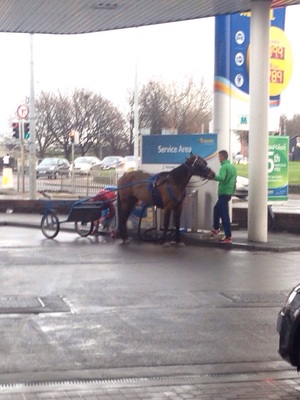