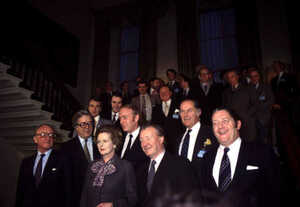 Mad that she didn’t trust us.

Thatcher: Ireland and the Iron Lady tonight on RTÉ One at 9.35pm.

From the RTÉ blurb:

“Nowhere was Margaret Thatcher’s influence on world affairs more complex, contentious and turbulent than on the island of Ireland. Thatcher’s 12 years of dictating British policy produced a legacy of bitterness and entrenched division that continues to spark impassioned responses to this day.”

Charles Moore in his authorised biography, of Margaret Thatcher has uncovered papers depicting her admiration for the hunger strikers, in particular Bobby Sands.

It was her belief that the hunger strikers “would be shot” if they broke the strike.

Gordon Rayner, of The Telegraph, reports:

“…Privately, Lady Thatcher admitted to having a certain admiration for Bobby Sands and nine other prisoners who died on hunger strike, saying she had to “hand it” to them and describing their deaths as a “terrible waste of human life”.

“Their deaths also made her realise that she would be a terrorist target for the rest of her life, and she wrote about being “absolutely terrified” whenever she walked into a crowd after that.”

“In personal papers unearthed by her biographer, Charles Moore, she wrote: “You have to hand it to some of these IRA boys”, describing them as “poor devils” because “if they didn’t go on strike they’d be shot [by their own side]…What a waste! What a terrible waste of human life!”

Previously: She Loved Us 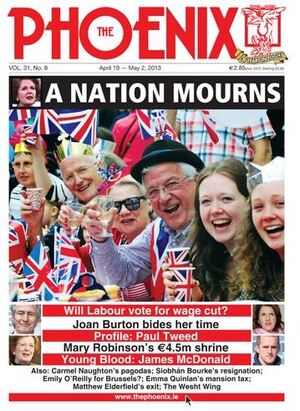 Via The Phoenix Magazine

Previously: She Loved Us 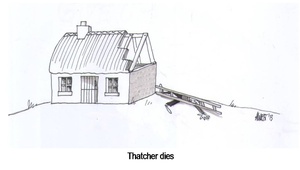 More as she draws it.