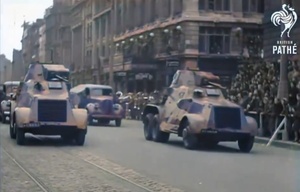 Nor you neither, Mr Churchill.

Names those APCs, anyone?

Which is why we’re heading to the The Leitrim Laughs Comedy Club (in The Dock, Carrick-on-Shannon) tomorrow night for a full-length “The Emergency Live”

Maybe we’ll learn how political satire should be done. And nick some stuff for Broadsheet.

In the meantime, anyone know why these guys aren’t on the radio?