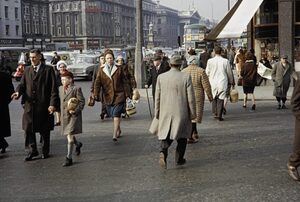 Bonus: name the tyke’s school, anyone?

Pic via University of Wisconsin

Previously: Gone For A Burton 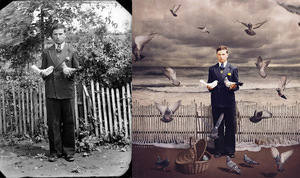 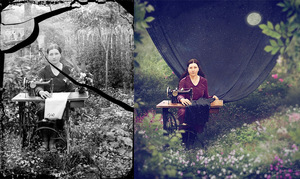 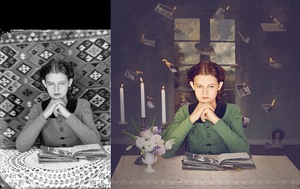 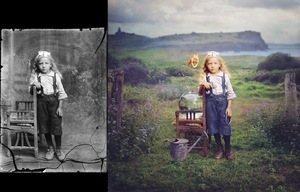 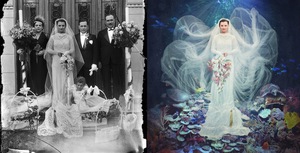 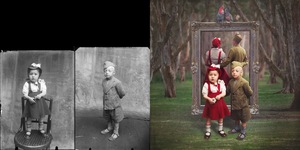 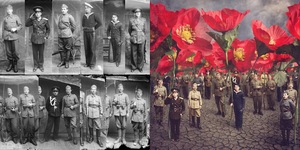 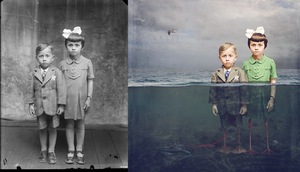 From the archives of the Imperial War Museum, this lovely Cecil Beaton photograph of recovering Blitz victim Eileen Dunne, propped up on pillows in Great Ormond Street Children’s Hospital.

The IWM cover note describes Eileen as having been injured in an air raid on London, but her profile in Life Magazine, which featured her as its cover girl for September 1940, says that she was hurt by a splinter when a bomb fell on her small village in Northern England.

The accounts are consistent on the question of Eileen’s age: 3 3/4 years old (rightly so, as the 3/4 bit was no doubt very important to her) and that’s definitely a doll she’s holding in the photo, not, as often incorrectly stated, a teddy bear.   Again, doubtless very important to her.

Eileen must have been of Irish origin, surely?  Gorgeous kid.  The beauty of the photo is the protective way in which she’s holding that doll, as if anything else in the world could possibly need to be protected from bombs and splinters more than her little self.

I think probably looking after something else  was what Eileen needed to keep herself going.  I hope she recovered soon.

More wartime Beaton photographs here. Interactive map of the Blitz, mapping the  bombs that fell on London, many of them on Irish immigrant areas, here. Can you spot the location in pic 1?
Colour photographs of Ireland, 1920s (Chris Wild, Retronaut)