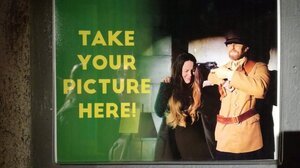 Did you know you can have, as this woman (above) has,  your picture taken as if you are about to be executed by a Black and Tan… 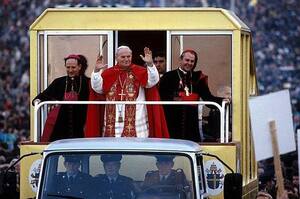 The venture is the brainchild of businessman Paddy Dunning, who came into ownership of the Popemobile when he acquired the Wax Museum some years ago from former politician Donie Cassidy.

According to a promotional pack, the vehicle has 15 seats, including the original “pope’s chair”. Mr Dunning plans to charge up to €300 an hour plus VAT for use of it. 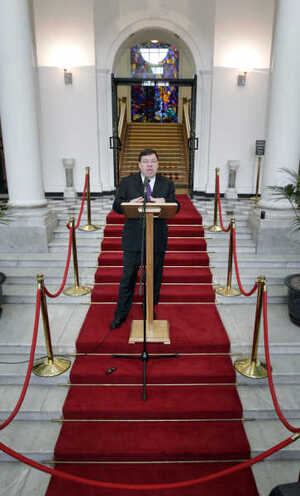