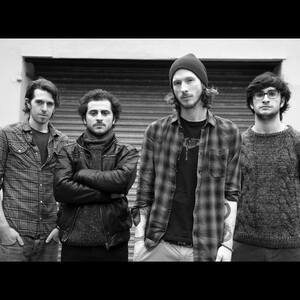 01. Named for an apparent lack of focus that afflicts long-distance truck drivers (and the Peckinpah-esque truxploitation flick of the same name), Cork’s White Line Fever trade in a proggy, post-rock-inflected strain of folk rock.

03. Streaming above is the band’s most recent video, Lordship & Bondage, filmed and recorded live at Youghal’s Claycastle Studios, and mastered by Murdock man Aidan Cunningham.

04. The four-piece is playing the rest of a series of spot-shows with alt-rockers Harbouring Oceans and singer-songwriter Míde Houlihan throughout March, hitting the Crane Lane Theatre in Cork on the 18th, and the Brewery Corner in Kilkenny on the 26th. The band also plays Galway’s Citóg night at the Roisín Dubh on the 23rd.

Verdict: Minimalist, yet somehow massive, the band’s recorded output and confident live excursion so far bode well for the future. Check ’em out.