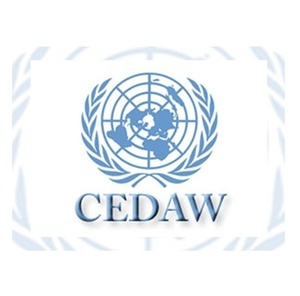 The UN Committee on the Elimination of Discrimination against Women has published its latest findings on Ireland.

The Committee has urged “the State party” to, “within a specific timeframe” :

Amend article 41.2 of the Constitution in order to remove the stereotypical language on the role of women in the home;

Introduce legislative provisions that underline the obligation of the State to pursue actively the achievement of substantive equality between women and men; and

Amend article 40.3.33 of the Constitution (also known as the Eighth Amendment), which impedes the introduction of amendments to current legislation governing access to abortion…

…The Committee is particularly concerned that legislation which discriminates against women, or has a disproportionately negative impact on women, falls outside the scope of the Equal Status Acts 2000 – 2015.

The Committee recommends that the State party amends section 14 of the Equal Status Acts 2000-2015 to ensure that an effective remedy is available for discrimination that has a legislative basis. Compiled list of legislative changes for women 1896-1937. Notice the roll-back of women’s rights after independence. A Russian lawmaker has asked parliament to give women two days paid leave a month when they menstruate, a move that has irked rights activists worried over creeping conservatism since Vladimir Putin resumed the presidency. Mikhail Degtyaryov, a member of the nationalist LDPR party led by the outspoken Vladimir Zhirinovsky, wrote on his website that he had proposed a draft law to increase the protection of women at the workplace.

“During that period (of menstruation), most women experience psychological and physiological discomfort. The pain for the fair sex is often so intense that it is necessary to call an ambulance,” said Degtyaryov, 32, who is married with two sons. Marina Pisklakova-Parker, head of women’s group Anna Center, said the proposal was absurd. “If we are seriously debating women’s efficiency at work during menstruation, we should also consider how fit for work men are after a drinking bout,” she said.