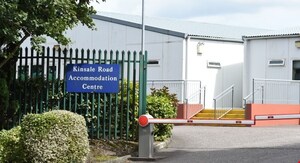 Further to the recent death of You Jung Han, 36, from South Korea, at the Kinsale Road direct provision centre in Cork…

Residents of a direct provision centre in Cork are staging a demonstration today in protest at the system they’re living in.

It follows the death of a young mother in the Kinsale Road Accommodation centre in recent weeks and similar protests in 2014 where asylum seekers living in Cork called on the government to end the system.

…The protest is taking place today on the Grand Parade at 2pm.