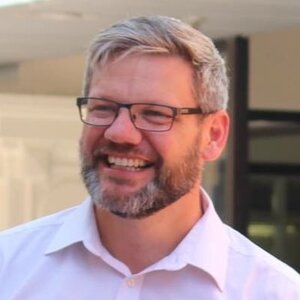 New Zealand has passed legislation banning zero-hour contracts, in what is thought to be one of the first laws in the developed world to end the use of deals criticised as exploitative.

Opposition Labor MP Iain Lees-Galloway was joined by his political opponents in supporting the Employment Standards Legislation Bill to end the use of the deals under which employees are required to be available for work but have no guaranteed minimum hours.

“To the best of my knowledge it’s the first of its type [in the developed world], certainly in terms of the US and UK,” Mr Lees-Galloway said.

“It’s possible Denmark doesn’t have them because these type of contracts are all about exploiting loopholes and I don’t think Denmark had the loopholes in the first place.”

Previously: Zero Hour Contracts And You

The ‘If And When’ Employees 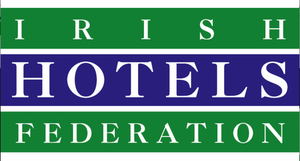 Who lobbied whom about what between September and December 2015?

The Irish Hotels Federation lobbied Taoiseach Enda Kenny, Jobs Minister Richard Bruton, Tourism Minister Paschal Donohoe and assistant secretary at the Department of Communications Kenneth Spratt – asking them not to implement the recommendations in a Government-commissioned report into zero hour and low hour contracts in Ireland.

The study, carried out by the University of Limerick and published in November, recommended:

– Employees should receive a written contract on the first day of their new job. Currently an employer has two months to issue a contract.

– That contract should provide a statement of working hours which are a true reflection of those required.

– There should be a minimum of 3 continuous working hours where an employee is required to report for work; if there is not, the worker should be paid for the 3 hours.

– An employer should give at least 72 hours’ notice of any request to undertake work, unless there are exceptional and unforeseen circumstances. If a worker undertakes extra hours without the minimum notice, they should be compensated at 150% of the rate they would be paid.

– Employers should give a minimum of 72 hours’ notice of cancellation of hours. If workers do not get the minimum notice, they should be paid at their normal rate for the hours which were scheduled.

– Legislation should be enacted to provide for employees with no guaranteed hours of work or those on hybrid low hours and if and when contracts to take an average of the number of hours worked in the previous six months as the minimum to be stipulated in their contract.

– Periodic reviews of these hours should be put in place so a contract reflects the reality of working hours.

– Employer organisations and trade unions which conclude a sectoral collective agreement can opt out of some of the suggested legislative provisions above.

– The CSO include a section in the Quarterly National Household Survey which deals specifically with non-guaranteed working hours.

“That Government should do nothing in relation to any recommendation in this report as: The recommendations introduce additional unnecessary regulatory burden and will undoubtedly interfere with the ability of businesses to service their customers, earn income and increase levels of employment and wages;

The proposed changes have potential to introduce unintended, negative consequences for employees in terms of mutual flexibility with employers.”

Further to this, Bonkers writes:

“Wealthy people lobby other wealthy people to keep poor people poor. As we know there has been nothing done about zero-hour contracts, which is just the way the hoteliers wanted it to stay, as we can see from the lobbying above.

Is it just me or does anybody else find it a bit disconcerting that a bunch of ministers getting paid more than €3,000-a-week make a decision behind closed doors that effects hundreds of thousands of people on zero-hour and low-wage contracts where the minimum wage for 40 hours a week (if they can get it) will get them €386 per week, before PAYE and indirect taxation.”

“We’re constantly told by Enda Kenny that the best way out of poverty is to get a job. But having no guarantee of hours per week is hardly conducive to someone feeling secure. Without some sort of contracted hours you can’t even plan an annual holiday because you simply don’t know if you’ll be working enough hours to be able to pay for it.”

“The Irish economy is chock-a-block with low-wage zero-hour contract jobs like those found in hotels. In the last two years most of us have noticed the prices of hotels creeping back to Celtic Tiger levels. But one thing that’s staying the same is the low wages and zero job security, thanks in part to Enda Kenny, Paschal Donohue and Richard Bruton.”

Previously: The ‘If And When’ Contracts 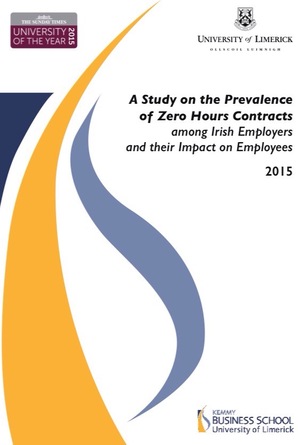 A study on zero hours contracts and the prevalance of ‘If and When (needed)’ contracts.

The key factors driving the use of the latter include:

1) Increasing levels of work during non-standard hours
2) A requirement for flexibility in demand-led services
3) The absence of an accessible, affordable childcare system
4) Current employment legislation
5) The particular resourcing models of education and health services.

Employer organisations argue that If and When hours and low hours suit employees. Such arrangements, it is claimed, especially suit students, older workers and women with caring responsibilities…

More as we digest it. 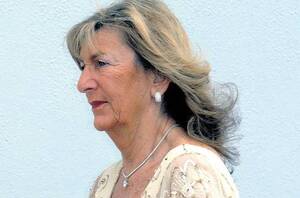 Mandate Trade Union report that workers who took part in the strike have been sacked and others have had their hours drastically cut by management at the stores.The union highlighted a case of dismissal less than 24 hours after the strike where a manager told a worker “the business isn’t there” despite workers with less service and who hadn’t been on strike remaining in employment.