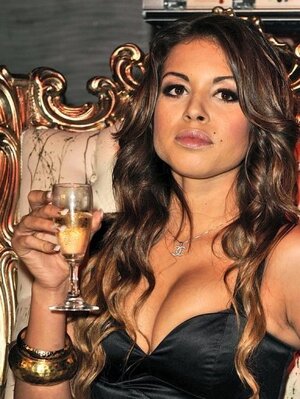 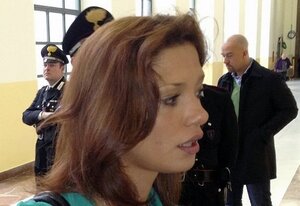 Strippers in nun costumes danced in front of Silvio Berlusconi at his villa, a witness Monday told a Milan court where the former Italian prime minister is on trial for allegedly having sex with an underage prostitute.

That night she said she saw two young women in nun costumes with “black tunics, white veils and crosses” stripping in front of the then prime minister.

Berlusconi is charged with having sex with an underage prostitute, Karima El-Mahroug (top pic), and then allegedly abusing his powers by getting police to release her when she was arrested for theft so that his crime would not be revealed.

Clowns To The Left, Jokers To The Right