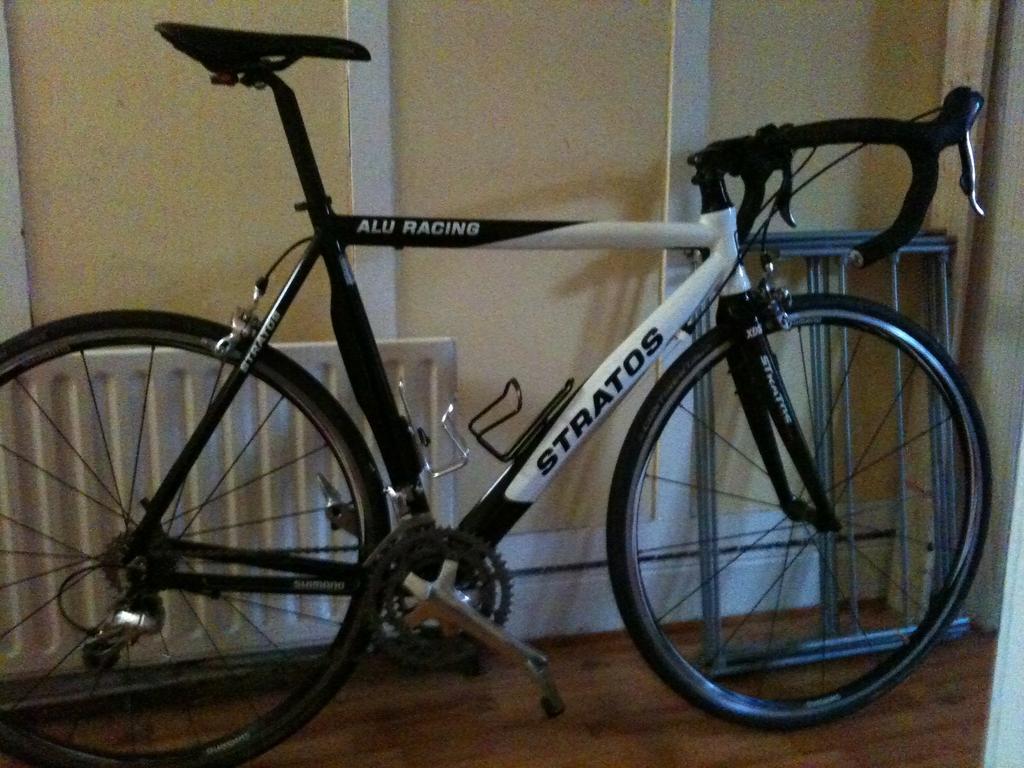 My bike was stolen from our locked shed in Cabra [Dublin] on Monday night. It was actually our first night in the new house so I’m absolutely gutted. It would seem as though I was seen unloading it from my car or going for a quick spin on monday evening. The bike was one that was on sale from Lidl a couple of years ago for 800 euro. It’s a black and white Stratos with an aluminium frame and carbon forks. The groupset is Shimano Ultegra. It has a black bottle cage and a black saddle bag.

Although the bike was available from Lidl it is still rare around Dublin (I cycle daily and I’ve only ever seen one other in the city or up the mountains in 2.5 years), possibly due to the fact that it wasn’t elligible for the cycle to work scheme. I’m a poor graduate medical student so there’s no way I can replace it. Thank you so much for your time and your help. I’m just hoping that one of your readers may recognise it.

1.28am Update: Ross writes: “Thank you so so so much for featuring the bike. It was thanks to the tip offs in the comments that we got it back. It also looks like Oisín, who contacted me via you guys, will be getting his bike back too. Amazing stuff and I can’t thank the Gardaí in Blanchardstown {Dublin] enough. I was involved in a sting operation with them. A surreal experience. I’m still in shock.”

Are You An Asian Hipster Living In Louth?

I’ve Had My Mobile Nicked