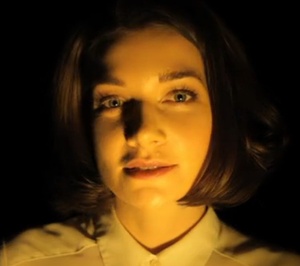 A hypnotic clip (actually a teaser for an upcoming video for ‘Sparkles and Wine’ by French electronica group OPALE) in which director Nacho Guzman shows how lighting and the angle of illumination can radically affect how a face appears, in this case the face of actress Stella Stocker.

That’s Not A Multi Tool…

Timewaster Of The Day: Cachemonet