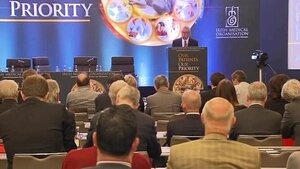 The Cork GP Faculty of the ICGP (Irish College of General Practitioners) has unanimously voted in favour of all three abortion motions defeated only last month at the IMO’s AGM, Irish Medical Times has learned. The Faculty is now proposing them at the ICGP AGM this weekend in Galway and is confident of getting them passed. Cork GP Dr Mary Favier, who is a founding member of reproductive rights campaigning organisation Doctors for Choice, last week told IMT that the Faculty was proposing roughly the same three motions debated at the IMO AGM.