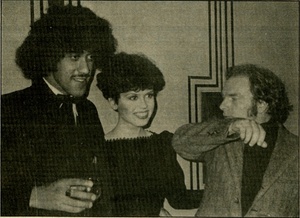 That jukebox in the corner blasting out my favorite song/ The nights are getting warmer, it won’t be long/ Won’t be long ’til summer comes/ Now that the boys are here again ...
The Boys Are Back In Town, Thin Lizzy

The metrical elasticity of these lines and their easy sensation of transport, poetic lift-off, has a lot to do with Van Morrison.
For Philip, as for Bruce Springsteen (from whose “Kitty’s Back” the guitar riff of “The Boys Are Back in Town” was apparently nicked or adapted), Van’s Astral Weeks was a wellspring, and his street-bardic gabble a pure energy.
“The Boys Are Back in Town” shares a three-in-a-row rhyme scheme with “Madame George”—you could put Van’s lines, actually, right into Philip’s song without disturbing the meter or even (much) the meaning: ‘And outside they’re making all the stops/ The kids out in the street collecting bottle-tops/ Gone for cigarettes and matches in the shops …’

Guess Who Just Back Today? (James Parker, The Slate) 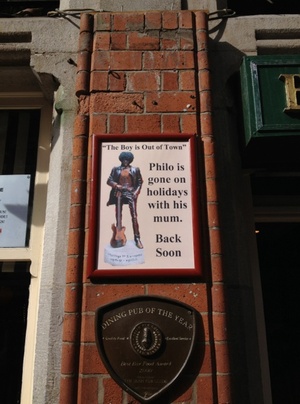 Previously: He Broke The Mould