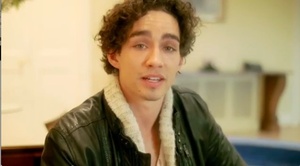 Diarmaid Keane at the US Embassy writes:

On the occasion of President John F. Kennedy’s birthday on May 29th, today the National Library of Ireland in partnership with the U.S. Embassy and RTÉ Archives launched a social media campaign and website which celebrates the 50th Anniversary of his visit to Ireland in June 1963.The goal of the campaign is to encourage people to share their family stories, photos, memories and thoughts on the visit.

Where’s a ‘lone nut assassin’/CIA conspiracy when you need one?

Camelot In A Can