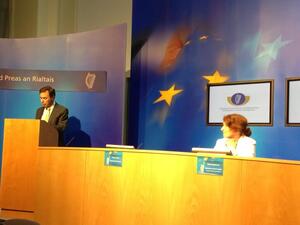 A memorial park will also be dedicated to the #Magdalene women, Justice Minister Shatter has said.

The nuns were in the clear.

Pic via The Media Pool

The Vow Of Snobbery