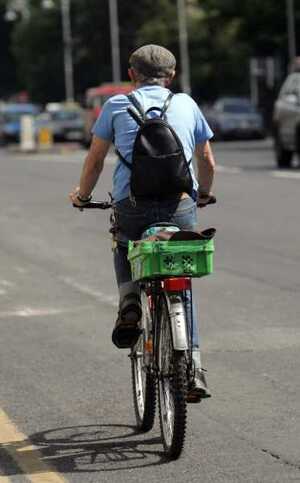 There have been a total of 121 traffic fatalities so far this year which also includes pedestrians, drivers and motorcyclists with ten of the fatalities occurring this month.
Half of all cyclists are hit by private cars and 30 per cent are hit by heavy goods vehicles according to Communications Officer of the Road Safety Authority Brian Farrell.
Two out of five of cyclists are killed or seriously injured at an intersection.
‘‘Drivers need to take special care and understand that cyclists are entitled to road space as much as any other vehicle on the road. It’s important that drivers anticipate cyclists at blind spots and to give at least a 1.5m clearance when overtaking a cyclist,’’ he said.

Cycle To Poland, You Say?