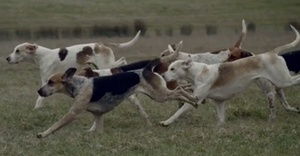 An ominous fox hunting party slowly disintegrates before our eyes as they give chase to an unlikely victim. What remains of ‘the hunt’ after all its defining symbols have fallen away?