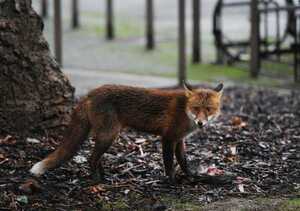 Via Ken Foxe (!) in the irish Examiner:

Leinster House was urged to keep the windows of its offices closed at night because of a rogue fox that had urinated in the neighbouring Department of the Taoiseach.

Exterminator reports said that foxes were coming to feed on food debris from skips in an area called the Fisheries Yard of the Oireachtas buildings. A “strong smell” of fox urine was noted at the site with advice given for the skips to be tightly closed off and for the area to be thoroughly washed down.

The inspection report said it was especially important that all windows would be kept shut in the evening as this “presented easy access for unwanted pests”. “A fox was noted in a neighbouring property [Government Buildings] only recently and urinated all over an office,” it said. 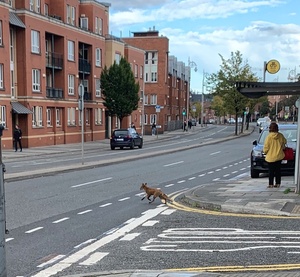 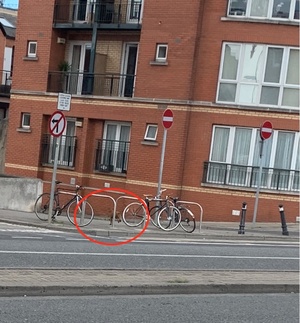 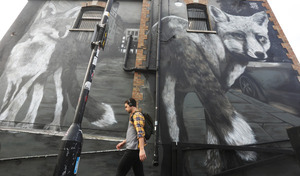 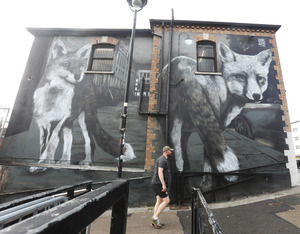 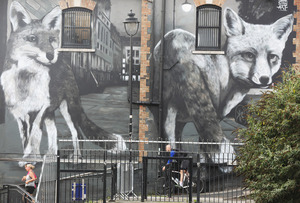 A 2018 graduation film by Nicolas Roth, Pirmin Bieri, Luca Struchen and Aira Joana of Lucerne School of Art and Design, Switzerland. To wit:

Troubled by the changes he’s going through, a restless backpacker seeks his place in the world. As he experiences a mysterious encounter in a concrete building, he hopes to have finally found such a place. 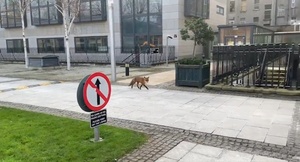 The re-wilding of Dublin 😂 just spotted this guy pottering about in the dpt of education pic.twitter.com/3m3WZJuKOe 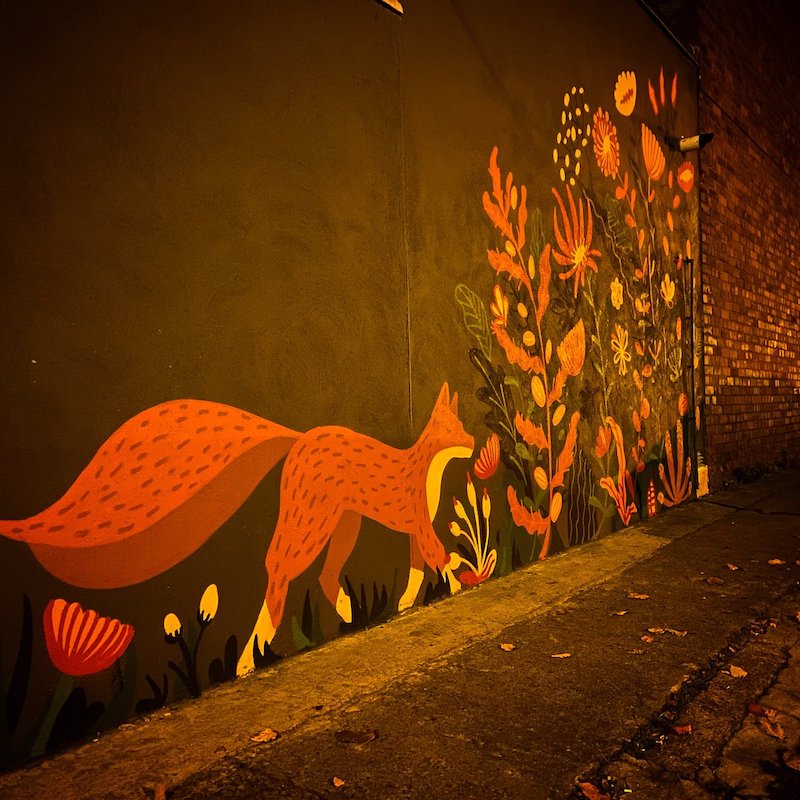 Love this street art in Dublin 8 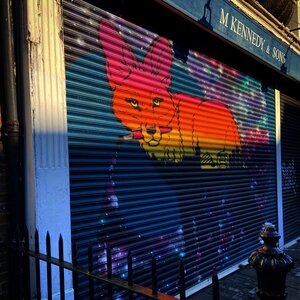 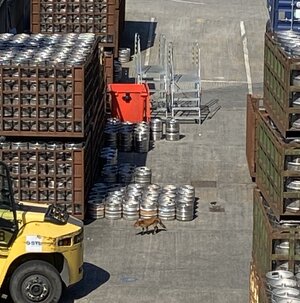 Hi Diageo Ireland. I think you may have a robber in your kegging yard! Be warned, he’s very foxy!

Previously: A Single Fox Was Given 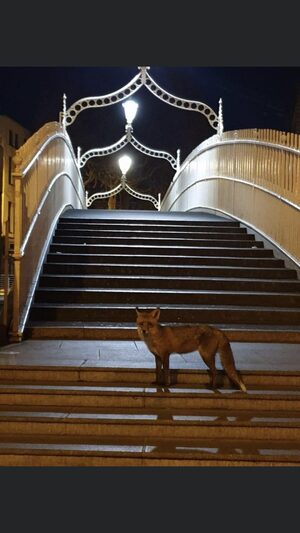 A fox recently spotted standing on the steps of Ha’Penny Bridge in Dublin.

What a beauty! She promised gardaí she was 2km from home and was heading that way shortly.

Previously: A Single Fox Was Given 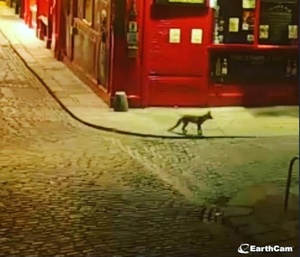 This party animal is the only one left in Temple Bar. The wily fox …

Beats the alternative, in fairness.

Previously: The Temple of Doom