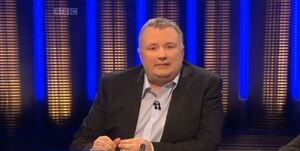 Caller, ‘Mary’ responds to Audrey Simpson of the Family Planning Association on BBC Radio Ulster’s ‘The Nolan Show’ [with Stephen Nolan] this morning.

Mary opposes current proposals to change the law in Northern Ireland which could allow for abortion in TFMR cases and for victims of rape and incest.