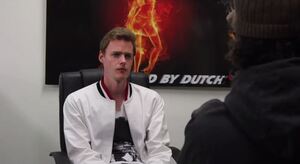 A live screening of a new documentary called The 41st Shade will be held in Monroe’s, 14, Dominic Street, Galway on April 5, at 6pm.

The documentary is about all aspects of cannabis in an Irish context and will be screened as part of the first ever Students for Sensible Drug Policy Ireland conference at National University of Ireland Galway (NUIG).

The documentary includes interviews with:

Is This The Ghost Of A 19th Century Galway Nun?