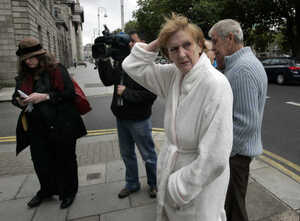 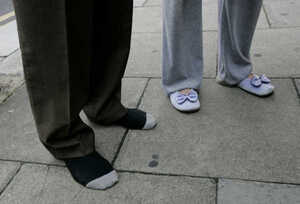 Martin and Violet Coyne, aged 73 and 61 respectively, who have been evicted from their rented home in Carpenterstown, Dublin this morning.

ACC Bank is seeking repossession of the home because the landlord Daragh Ward went into receivership in 2012 and they want to sell the house to reduce his debt.
….
In July, Ms Justice Linnane said an order for vacation of the property had been first made in September 2013. She had made her own order on March 27th and Mr Coyne had given a sworn undertaking to vacate the property when he came before the court on June 25th. She said the High Court had also refused a stay on her order as there was no legal grounds for it.

One From Last Night

76 thoughts on “Meanwhile, At The Four Courts”