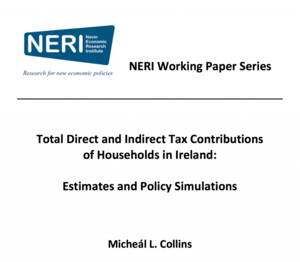 Research by Dr Michael Collins of the Nevin Economic Research Institute finds the poorest 10% pay just over 30% of their income in taxes.This is mostly in the form of indirect taxes levied on the things they spend money on. Meanwhile, the top 10% spend 29.5% of their income on tax – mostly in the form of direct income tax. The combined tax burden produces a u-shaped graph, with the bottom and top of the income distribution paying most, and those on lower middle incomes paying least.

The Kiwis Were A Bit Hairy