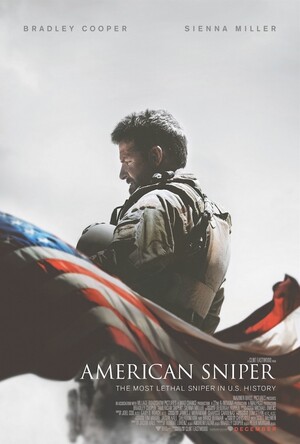 3. With 160 confirmed kills and four tours of duty in Iraq, Kyle was the deadliest sniper in US military history.

4. Obviously, killing 160 people isn’t the sort of thing that you just leave at work. Kyle had a hard time adjusting to civilian life, and his knack for finding trouble included a punch-up with former WWF wrestler and governor of Minnesota Jesse Ventura.

5. Sienna Miller is unrecognisable. I mean in general.

6. It looks like Clint’s back on form after the fluffy musical Jersey Boys (2014) and underwhelming Trouble with the Curve (2012).