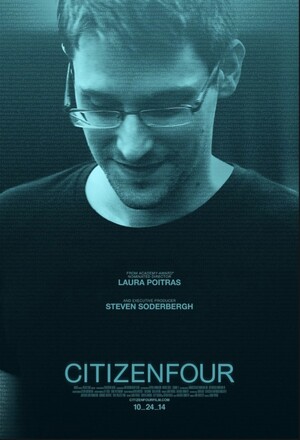 1. Edward Snowden, the former Booz Allen Hamilton analyst with a big mouth, has starred in a documentary.

2. The documentary has been put together by Laura Poitras. According to Glenn Greenwald she is the only other person, apart from himself, with a full NSA archive. Clearly he is another big mouth.

4. I am not linking to the NSA website or the Department of Homeland Security because I like travelling in peace.

5. Citizenfour is the third in a series of documentaries by Poitras. My Country, My Country (2006) earned her both an Academy Award nomination and a place on the Department of Homeland Security’s watch list.

6. The official website uses robots.txt to stop webcrawlers from accessing the site. And false widow spiders.

7. Citizenfour was Edward Snowden’s secret username when he first contacted Poitras and Greenwald. He also went by the username Verax.

Release date: Yet to be leaked.