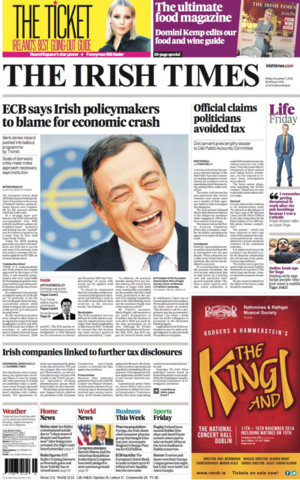 “A serving civil servant has given an extensive dossier to the Dáil Public Accounts Committee making allegations of substantial tax evasion over an extended period of time involving, among others, senior politicians.
The senior civil servant has also maintained that various ministers over recent years and a number of State agencies failed to fully investigate the allegations.”

“The letter makes allegations regarding one former minister. Allegations are also made in the dossier about a former judge.”

“It is also claimed the evidence in the documentation could “be relevant to the defence of the State and of Mr Michael Lowry and Mr Denis O’Brien in the case being taken by the failed bidders in the 1995 mobile phone licence competition”.”

But Anything You Do Say Will Be Taken Down