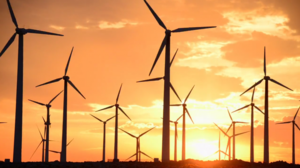 Shunned by the Oscars, myself and Alan Whelan have just launched our short(ish) film about Ireland and climate change.

“For years, politicians wanting to block legislation on climate change have bolstered their arguments by pointing to the work of a handful of scientists who claim that greenhouse gases pose little risk to humanity.

One of the names they invoke most often is Wei-Hock Soon, known as Willie, a scientist at the Harvard-Smithsonian Center for Astrophysics who claims that variations in the sun’s energy can largely explain recent global warming. He has often appeared on conservative news programs, testified before Congress and in state capitals, and starred at conferences of people who deny the risks of global warming.

But newly released documents show the extent to which Dr. Soon’s work has been tied to funding he received from corporate interests.

He has accepted more than $1.2 million in money from the fossil-fuel industry over the last decade while failing to disclose that conflict of interest in most of his scientific papers. At least 11 papers he has published since 2008 omitted such a disclosure, and in at least eight of those cases, he appears to have violated ethical guidelines of the journals that published his work.

Do You Want Your Old Lobby Washed Down?

6 thoughts on “Ireland And Climate Change”