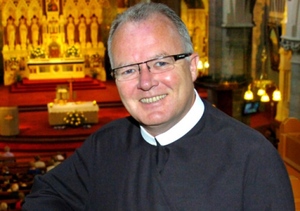 First in a short series.

When two people, not bound by blood or kin, love each other to such a profound depth that they want to make a lifelong commitment of faithfulness to each other, then that deserves to be acknowledged, celebrated and solemnised. We are all the better for it – individuals, families, communities and society are life-enhanced – and God in his heaven rejoices. That’s why I will be voting Yes on May 22nd.

43 thoughts on “Priests For Yes”