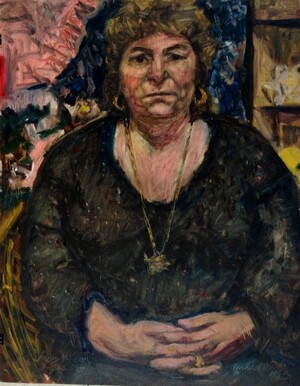 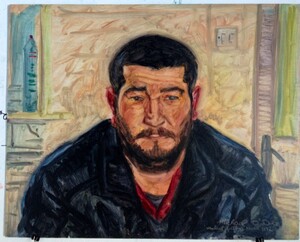 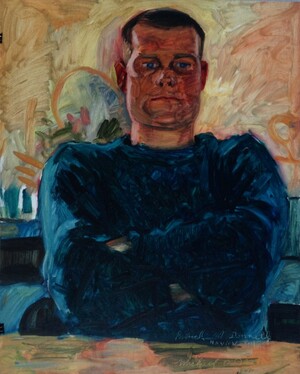 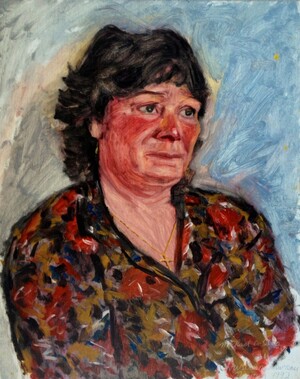 In the early 1990s, community activist Martin Folan approached Mick O’Dea about working with Travellers. O’Dea painted a series of nine close-up portraits of Traveller men and women, without any props or background identifying them as members of the Traveller community. He painted them, in his own words ‘without any emphasis on their status in life.’

The paintings lay in his studio on Henrietta Street  [Dublin] for 24 years, until late 2014 when Pavee Point contacted him to know if they still existed. After the exhibition [see below], the portraits will go on permanent display at Pavee Point Traveller and Roma Centre.

Martin Folan is remembered for accompanying Travellers on a pilgrimage from Limerick to Gougane Barra. Tragically, he took his own life in 2014.

exhibition is a chance to honour the contribution of Martin Folan to the Traveller community- but it’s also a chance to see work by Mick O Dea which has never been shown before. The portraits will hang in the Kevin Kavanagh Gallery (Chancery Lane, Dublin 8) until the end of this week.

‘They Have Agreed To Continue Discussions’

14 thoughts on “Face Of The Traveller”