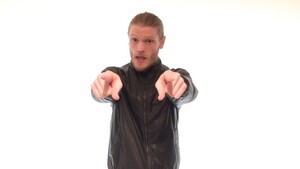 “If people are wise they cannot be exploited…”

Leigh Michael has been releasing his own material since 2002 under many different guises, notably as Exxon Valdez, The Bastard, Mick E. Rawrk, The Gruesome Twosome & Kali.

Each project has showcased his lyrical dexterity and humour whilst also maintaining an alternative voice that examines modern social structures and challenges perceptions of the perceived norm.