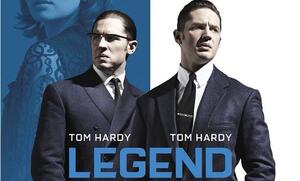 September is traditionally a fallow period on the movie calendar. The summer blockbusters have been and gone, but it’s still too early for the studios to release their contenders for awards season. So in all honesty, calling Legend the best movie of the week says more about the other new releases than it does about Brian Helgeland’s generic gangster flick. It’s only lifted from mediocrity through a phenomenal twin turn from Tom Hardy, playing both of the notorious Kray twins. As an actor with form playing unhinged criminals, Hardy is utterly mesmerising, but the rest of this by-the-numbers biopic lacks any of the surreal stylistic idiosyncrasies that made Bronson (2008) so compelling. In spite of the title, Legend doesn’t romanticise the Krays or excuse their psychotic behaviour, but it offers nothing that we haven’t seen before. You slag. 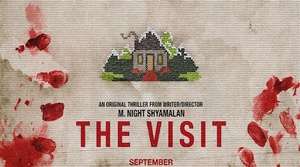 M. Night Shyamalan finally allows us to laugh with him instead of at him, as he takes his bruised ego on the road to Damascus after a string of critical and commercial flops. A trip to their grandparents’ remote farm gets progressively weirder for Becca (Olivia DeJonge) and (no kidding) rappin’ T-Diamond Stylus (Ed Oxenbould) when granny starts projectile vomiting and wandering around in the buff with a kitchen knife. Old people – what would you do with them? Most of the scares are well signposted, and the found-footage device is an entirely unnecessary handicap. The two young leads are so annoying that you might find yourself willing Nana (Deanna Dunagan) and Pop Pop (Peter McRobbie) to just hurry up and eat the little blighters. Shyamalan can’t resist one of his trademark twists, but the payoff is more campfire urban myth than masterstroke. Nevertheless, The Visit is a modest, satisfying low-budget horror that doesn’t take itself too seriously. 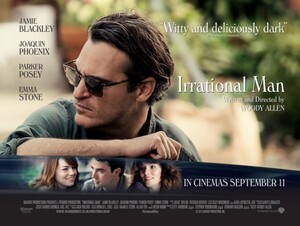 Late period Woody Allen is like a family-sized box of Roses the day after Christmas. The purple ones are long gone and only the coffee cremes are left. Often the only way of distinguishing one of Allen’s films from the next is by the calibre of actors at his disposal. For this riff on Hitchcock’s Strangers on a Train (1951), Joaquin Phoenix and Emma Stone are proficient enough to pass off the director’s self-conscious dialogue as their own. Just about. Irrational Man is a safe rehashing of well-worn ideas. It’s one of the filmmaker’s annual placeholders and nothing more. But don’t worry; there’ll be another one along soon enough. The rudimentary plot of this sub-John Carpenter sci-fi sequel is easy to follow even if you sat the first one out. Whether you will want to is another matter entirely. Set in dystopian future (is there any other kind?), a bunch of kids are chased down by hordes of zombies and a sinister corporation with the same name as a popular alcopop. Some of the action sequences are impressive, but the problems start when the running stops. The young cast are largely interchangeable; as one character disappears, a new one pops up to take their place. Aidan Gillen turns up as a villain who can’t decide if he’s Irish or American. Maze Runner: The Scorch Trials is a competent teen-lit adaption, but it’s overlong and instantly forgettable.

Mark will criticise movies for food. See WhyBother.ie for a closer look at some of this week’s new releases.