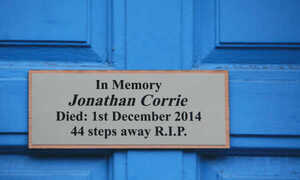 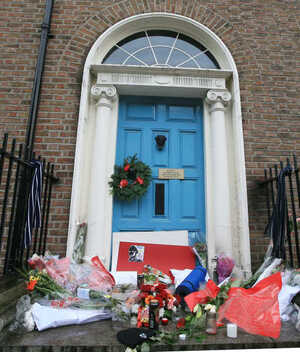 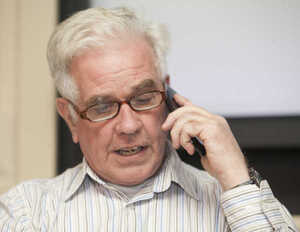 On this day last year, Jonathan Corrie was found dead outside a doorway on Molesworth Street, just metres from Dáil Éireann.

Today, on Jonathan’s anniversary, a protest will take place at 5pm outside Leinster House over the homeless situation in Dublin.

In light of this, campaigner for the homeless, Fr Peter McVerry spoke to Cathal MacCoille on RTÉ’s Morning Ireland earlier.

Fr McVerry also noted that 50 people, who sleep in the Merchant’s Quay night café, should no longer be excluded from the count.

Cathal MacCoille: Exactly one year ago, the body of Jonathan Corrie was found lying in a doorway near Leinster House. A series of Government initiatives followed but the problem of homelessness remains. The Dublin Homelessness Executive carried out one of their twice-yearly counts of people sleeping rough in the city last night. The result will be known in a few days… There was a series of initiatives, as we all remember by Government-sponsored, including over 200 beds made available for the homelessness, made within a month after Jonathan Corrie’s death. But, generally, one year on, how do we stand?”

Fr Peter McVerry: “Well the situation is much, much worse, one year on, than it was this time last year. There was 271 beds open, within four weeks, they were all full and the numbers on the streets were beginning to climb again. The numbers sleeping rough now are pretty much at the same level, if not higher, than they were this time last year. When Jonathan Corrie died there were, on average, about 40 families a month becoming homeless. At the moment, the average number of families becoming homeless is 73. So things have got much, much worse.”

MacCoille: “And yet I mean the pace of it and the need is still as great as ever, the pace of growth. But the Government would point to the action on not rent control but on rent certainty – a bar on rent increases for two years. The modular homes – prefab homes, whatever you want to call them, 22 to be available at the end of the year and more coming in the new year. So how would you compare what they’re doing with the need?”

McVerry: “Well, what they’re doing is welcome and it will make a difference in time but it is far, far too little. The rent certainty is only for a two-year period and the other options are really not significant. They will make a difference, like the deposits will be held by the Private Residential Tenancies Board rather than the landlord because the landlord, that’s a huge problem for tenants, trying to get their deposit back at the end of the tenancy. So there are a number of measures that will make a difference to tenants. But really, it’s going to make very, very little difference, given the scale of the problem. We need far, far more radical action than there’s being taken at the moment.”

MacCoille: “By that you mean…”

McVerry: “I think there are a whole lot of measures. I think we need to prevent the financial institutions evicting tenants when they repossess landlords’ homes and they’ve fallen into mortgage arrears. We need to expand the mortgage-to-rent scheme, to avoid families being thrown out of their homes when they’re repossessed. I think we need to bring in legislation, compulsorily purchasing empty homes, people who have property and it’s just lying empty and they’ve no plans to do anything with it. I think they should be compulsorily purchased. The voids, the empty local authority buildings that exist, and there’s a huge number of them around the country, they ought to be brought back into operation as rapidly as possible and I can’t understand why they’re not being renovated and used again, as quickly as possible. There’s a whole lot of measures that really need to be taken and they need to be taken all together to try and alleviate the crisis that we have. There will be 100 new beds opening, actually I think they opened last night, 100 new beds, to get people off the street and that will be very welcome but it won’t get everybody off the streets and the numbers sleeping on the street are far higher than 100 and we have to include 50 people who go every night to the Merchant’s Quay night café. That’s a night café – they can spend the night there, they can sleep on mats on the floor. They are excluded from the rough sleepers’ count but they really should be included because they don’t have a bed for the night. And, indeed, if 50 people sleeping on a floor in a large room is a scene we associate with The Philippines after a hurricane, rather than Ireland in the 21st century.”

MacCoille: “…There are people who don’t want to be in any kind of sheltered accommodation at all, who feel safer out on the streets. Now is that because the right kind of accommodation is not available?”

McVerry: “Absolutely. Most of the emergency accommodation that is available is of an appalling quality. It is dormitory style, you’re sharing a room with maybe three or four or five or more other people, you don’t know who you’re sharing with, you can have people who are drug-free sharing a room with three or four people who, in the middle of the night, will be injecting heroin. Who will be offering you drugs, who may even be pressuring you to buy drugs from them. People are often attacked in those dormitory-style rooms; they feel very vulnerable, intimidated and, certainly, some categories of people, particularly, the younger people and more vulnerable people, just feel terrified in those dormitory-style accommodations. And they prefer to sleep on the street than go into those… and I can understand that. The least we can do, and it’s only a question of money, it’s not a big deal, the least we could do is give everyone their own space; to give them a place they can go into at night, lock the door, and feel safe, know they’re not going to be attacked during the night and know that their belongings are still going to be beside the bed in the morning, when they wake up. That’s the least we could do for homeless people at night time.”

A Bed Is Not Just For Christmas 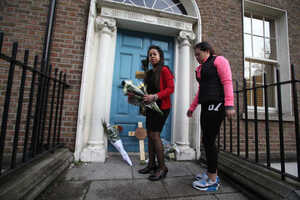 Doing Anything On August 16th?

‘They Would Come To School Hungry’

55 thoughts on “‘A Year On…The Situation Is Much, Much Worse’”