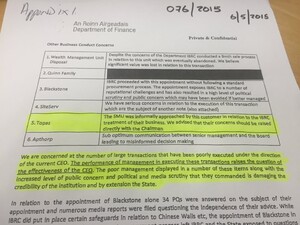 New owner of Topaz says did not bid for the company when sold by liquidator of IBRC because “other priorities” and “complicated.”