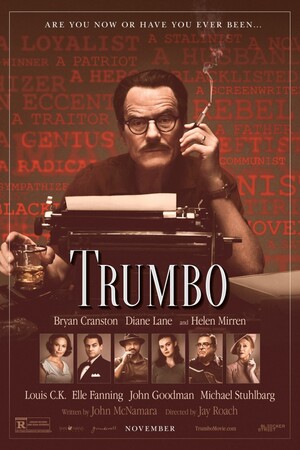 1. Biopic of screenwriter Dalton Trumbo (Bryan Cranston), one of the “Hollywood Ten” blacklisted in 1947 for refusing to testify to US Congress about ‘communists’ in the movie industry.

2. Trumbo’s credit for writing Roman Holiday wasn’t restored until 2011, 25 years after his death and nearly 60 years after the film’s release.

3. This has been out for the past month across the pond. Reviews have been decent.

5. He might be Walter White to you, but he’ll always be Tim Whatley to me.

6. Broadsheet prognosis: HUAC in the U.S.S.R.