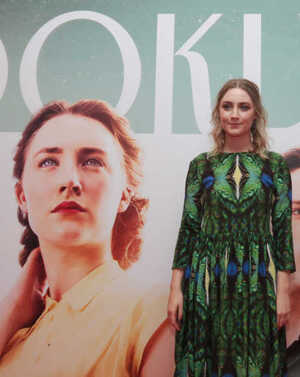 I fail to understand the furore on social media this side of the Irish Sea because the London Film Critics Circle made reference to Irish actress Saoirse Ronan being shortlisted for the “Young British Performer of the Year”. It is not just the British that display a blurred sense of identity when dealing with Irish issues; we have mastered that trait ourselves.

The British sporting and entertainment industries routinely categorise Irish successes as British achievements and act accordingly by awarding titles of nobility to leading Irish notables as if they were British subjects.

Historically, one of the options open to a major power wishing to absorb or annex a smaller country over a prolonged period of time would have been to integrate gradually the elite and notables of the smaller country into the social and political establishment of the major imperial power.

Sooner, rather than later, society in the Irish State must make fundamental decisions regarding its political identity, ethos and future policy directions. Will we continue along the path of nation-building, slowly trying to assert a distinct postcolonial Irish identity in alliance with the nations of Europe, or do we now instead see ourselves as part of the “Anglosphere”, realigning ourselves ever more closely towards Great Britain?

This is a serious question, and it is being posed because recent Government actions and trends suggest that the State is involved in a significant shift away from the type of political identity that has been projected since the establishment of the Republic of Ireland in 1949.