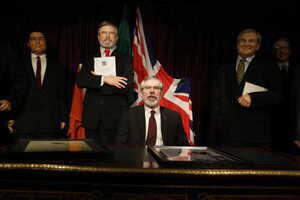 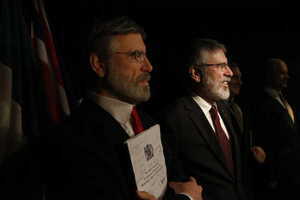 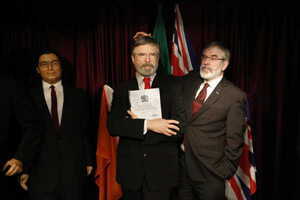 Darach Lennon at the mueum writes:

Mr. Adams played a prominent role in the negotiation of the Good Friday agreement and his absence from the museum’s Good Friday Agreement exhibit has been noted by many visitors to the National Wax Museum
The addition of Mr. Adams’ figure completes an exhibit featuring all the major political figures involved. Visitors can relive the moment of the signing of the agreement, by posing with a copy of the signed agreement. . The Irish Times ran a feature about the process of creating the figure, done by resident sculptor PJ Heraty.