All-dayer at various venues around Dublin City, aimed at increasing visibility and presence for women in the arts in Ireland. All events are FREE.

Bands like Kevyn, Spines and Twin-Headed Wolf play The Grand Social from 5-11pm, while the North’s Sister Ghost headline the stage at Sweeney’s. The ground floor of the Grand Social also plays host to spoken-word sets from Ailish J Kerr, Victoria Curtis & Alicia Byrne Keane. Joanne McNally of Republic of Telly headlines comedy at Wigwam, while cinema and photography goes down at Hangar, Filmbase, and Gallery of Photography. More to be announced in the full programme. 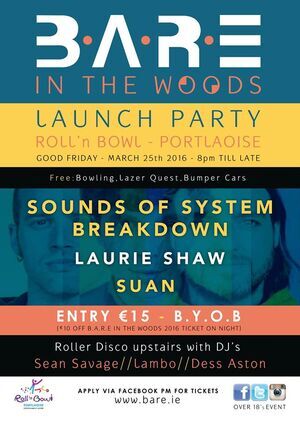 Not so much a fest in and of itself as a Good Friday hooley in an non-licensed space, this one marks the launch of Laois’ “other” major contributor to the Irish festival scene. The price of admission gets you a tenner off the festival, free entertainments all over the complex, and live appearances from Sounds of System Breakdown, Laurie Shaw and Suan. Roller disco thrown in for good measure.

BAREly able for it.

A BYOB barn-dance in the Wicklow Mountains, BD Festival leads with a strong topline of electronic acts, Dimitri from Paris, Mylo and Dense and Pika, with Irish indie veteran RSAG, young post-rockers Megacone, and math-rock upstarts Punch Face Champions among the undercard. Session! 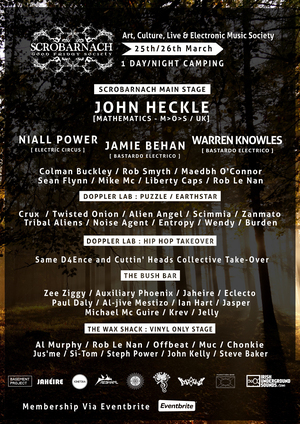 Galway’s Scrobarnach Music Society head to a mystery location in County Cork for some whooping and a-hollering away from the drinks ban on Good Friday. Rather than sell tickets, the lads are selling memberships via Eventbrite. Highlights of the line-up include John Heckle, Bastardo Electrico, Same D4ence and Cuttin’ Heads Collective.

Scrub up for a pass here.

The tenth anniversary of Ireland’s showcase skratch and boom-bap excursion stretches across the weekend, and lists a who’s who of Irish hip-hop on the line-out. Wat Tyler’s Soundcard (that is, Jimmy Penguin, Hatetank and DJ Chile), mynameisjOhn & Naive Ted in a collaborative DJ set, Danny Deepo, T-Woc, JusMe and the wonderfully-monikered Fidel Cutstro are among the massive line-up. 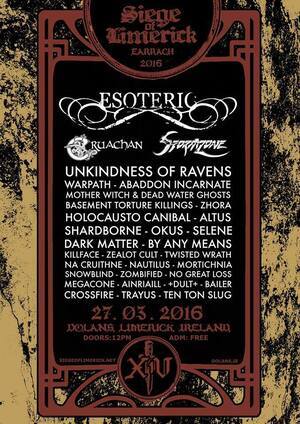 The centre of Ireland’s metal community, the biannual Siege of Limerick all-dayer comes forth for its annual spring excursion, with the Bad Rep boys rolling out another quality line-up for absolutely zero door-tax. UK doom-metal legends Esoteric headline, with Irish metal vets Cruachán and Stormzone also at the top of the bill. The undercard is lined with the cream of Ireland’s metal scene, with Shardborne, Okus, dark_matter, Zombified, zhOra and Bailer among those on the bill. 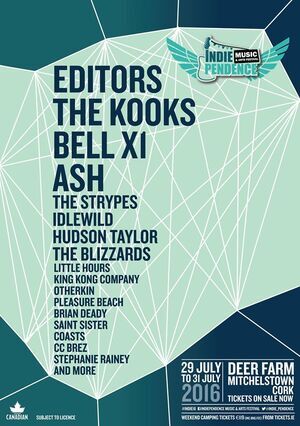 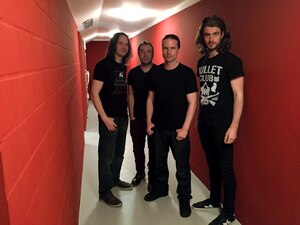 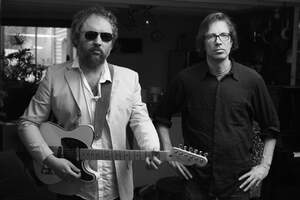