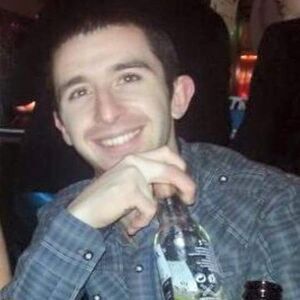 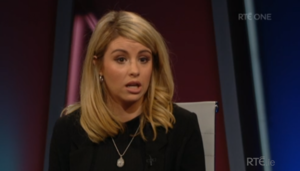 Ms Ross’s appearance followed a blog post that she wrote about Derek, who had addiction problems and suffered from depression, last week.

“When I talk about Derek having addiction problems, he wasn’t a full-blown addict, he kind of just dabbled in recreational drugs. He suffered really bad with depression though and he went many times to doctors and was always offered advice on taking anti-depressants which is something that he, kind of, didn’t want to do. When he was told he should take anti-depressants, he kind of thought he could try and get himself out of it.

“Months previous to him taking his own life, he had made an [suicide] attempt. Obviously he wasn’t successful at that stage and we were sent to an A&E department and, after hours of waiting to be seen, he was sent home with a letter in his hand for a referral appointment for two months’ time.”

“We got the referral letter to out local GP office. On the following morning, I contacted the office myself and just basically said to them, ‘we’ve got our referral letter’ [to go and see a psychiatrist]. He had seen a psychiatrist that night in the A&E department and they said that they couldn’t help him there. When I contacted the GP the following morning they said, ‘oh yeah, we received the referral from the hospital last night’ and they gave me an appointment for two months’ time.”

“I kicked up a bit of a fuss about that and refused to get off the phone until I got an earlier appointment. I didn’t get anything and then a friend of the family arranged for Derek to go and see a counsellor in Coolmine. And he went for that counselling session and then it kind of just went by the wayside”

“We didn’t know where to turn to. We weren’t offered any advice about any organisations that we could go to and seek help from ourselves, as a family, for Derek, and he was willing to go and get help. He wanted to get his head right but we just didn’t know what to do.”

Meanwhile, University of Limerick students Caolan O’Donnell, Ciaran Cleary and Ciaran English were in the audience. 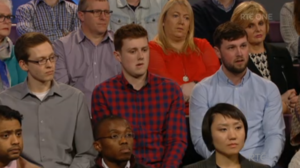 Last week, they made a video – for Caolan’s campaign for welfare officer at UL – which aimed to raise awareness about mental health.

“The fact that we don’t have a minister for mental health is an embarrassment. As in, it’s clearly a massive, massive issue. 131 students on average, a year in Ireland, die by suicide. How is that being ignored?”

If only they knew… (Michelle Ross, needsnotwantsblog.com)