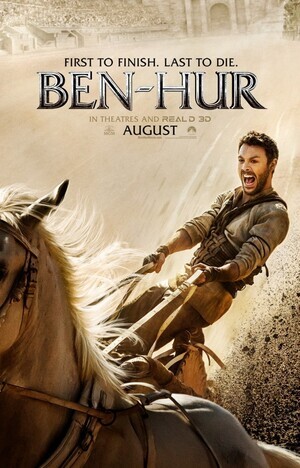 2. To be fair, William Wyler’’s 1959 version with gun lovin’ Charlton Heston was a remake.

5. I presume that the chariot race will make the podrace sequence in Phantom Menace look tastefully restrained in comparison.

6. Broadsheet prognosis: Ben there, done that.