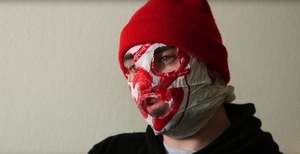 Ireland’s ‘millennials’ are a generation in crisis.

But they are fighting back.

Last week Blindboy Boatclub of The Rubberbandits was on Channel 4 News talking about how the recession has stolen ‘their 20s’ from young people and that there’s “huge amounts of suicide, jumping into rivers, and emigration” and for “a lot of young Irish people, they don’t see a future.”

Blindboy is absolutely correct. Ireland is no country for young people and families.

The recession and austerity had a devastating impact on younger generations (particularly those now in their 20s and 30s – the so-called ‘Millennial’ Generation or Generation Y) and the recovery has failed to improve things.

A global debate is taking place about the plight of the Millennial Generation and the ‘intergenerational inequalities’ they face. The Guardian ran a series of articles on ‘The Trials of Generation Y’ where it described how they face “a perfect storm of debt, housing and joblessness.”

From high unemployment in Spain and Greece, and massive debt and stagnant wages in the US, to the UK where they face high house prices locking them out of home ownership and into extortionate, dismal rental arrangements .

They are the the Jilted Generation – set to be the first generation to do worse than its parents. Studies have also shown this generation to suffer from anxiety at much higher rates than previously.

The Millennial generation in Ireland have it even worse with the biggest impacts in terms of ‘generational inequality’ hitting them from the austerity related public sector recruitment embargo, lower pay rates for new public sector employees, casualisation of employment, exorbitant child care costs and an unprecedented housing crisis.

The public and civil service (e.g. guards, nurses, teachers, civil servants) have traditionally been a huge area of employment for new college graduates but it was effectively shut off to young people with the public sector recruitment moratorium introduced in 2009 by the Fianna Fail/Green government.

It was continued by the Fine Gael/Labour government until just last year when it was lifted in some areas. 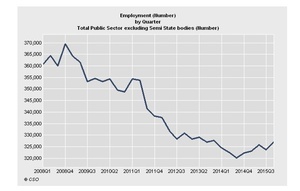 The result is a generation shut out from the public sector. We now have the situation where the average age of staff in the Civil Service is close to 50 and just 4 per cent are under 30.

To make matters worse the younger generation faces a further discrimination. New entrants to the public sector since 2011 are on a 10% lower pay scale than those employed prior to 2011 (this is on top of the 14% cuts to all public sector employees).

This issue was raised at the teacher’s conferences this week where they spoke of the inequality and unfairness of this two-tier pay scale which will result in young teachers receiving up to €300,000 less than their older colleagues over their career.

TUI General Secretary John MacGabhann explained to the Irish Times that these young teachers “cannot afford rents, are being forced – by poverty – to give up part-time jobs, to emigrate…they cannot plan, have no creditworthiness, have their personal independence compromised. Why? Because government marked them out for especially punitive treatment.”

This is where workers are employed on short term temporary or fixed contracts – often for six months or a year – and then either let go or the contract is extended on a further short term basis.

The campaign group Third Level Work Place Watch explains that younger researchers and teaching staff (tutors and lecturers) have no job security at all, face exploitative rates of pay and worse working conditions. This casualisation also erodes academic freedom and is a major threat to higher education.

This problem of precarious and low paid work is affecting younger workers across the economy. It is part of a ‘race to the bottom’ as employers reduce wages, hours of employment, benefits, and job security.

The most extreme form of casualisation has been experienced by those forced into unpaid internships and Jobbridge schemes which are being used by employers as cheap labour for restaurant staff and even teachers, community workers and psychologists.

I experienced this precarious work as a community worker and contract lecturer. I went from short term contract to short term contract and I felt forced to leave lecturing as it was explained to me that there was little prospect of my contract being extended ‘because of the impact of austerity cuts to the university budgets’.

It is hugely stressful working in such situations, particularly if you have significant financial responsibilities such as young children and a mortgage (both of which I have).

For others it is extremely difficult to plan your future such as getting a mortgage or even having a family while you are in such an insecure employment situation. And of course it’s much worse for those unemployed – our youth unemployment rate is still 20%.

Housing is a crisis for this generation. Whether it is being stuck in mortgage arrears, facing escalating and unaffordable rents with no long term security of tenure or an inability to purchase your own home. The harshest end of this is felt by those pushed into homelessness.

These all result from political choices and, therefore, different political choices can achieve equality for all generations and all households. This means prioritising affordable housing and childcare, secure and well paid jobs, a top class public health system and a genuinely free and fair education system.

There is hope for this jilted generation from the increasing numbers of young people involved in campaigning for social justice and equality.

The courage of this new generation was most evident last weekend when the young homeless mother Erica Fleming organised a protest at the housing crisis and how it represents a failure to achieve the Republic of Equality that is outlined in the Proclamation.

[I am hoping to raise awareness of these issues by making them central to my campaign for election to the Seanad. In a short video I explain the reality for Generation rent, debt and job insecurity. You can watch it here]

Turning The Tide Of Irish Politics

A Test Of Our Progress

50 thoughts on “A Jilted Generation”