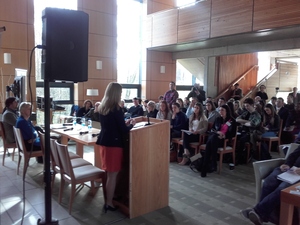 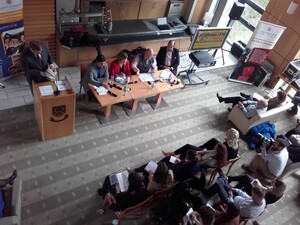 “The water charges have been mentioned on a regular basis – everyone thinks the media is out to get them. Everyone thinks that particularly in a campaign that the media are not on their side, they’re on the other side. And what I would say is, I don’t accept the characterisation of RTÉ as RTÊ bias, number one, and secondly, if you’re acting as a lobbyist for a cause that I believe in on the left, that’s no more valid, as a journalist, than acting for a cause on the right. Journalists’ challenge is, yes, to comfort the afflicted, but to do that as a journalist.”

“It’s a very dangerous time to be a whistleblower, you do take serious risks… I had to laugh recently at these claims that were made by certain journalists that their lives were at risk. I mean that story, after the shootings at the Airpot hotel in Santry. You know the spin put on that was just so ridiculous, it was laughable. Journalists who work for the guards, their lives are not at danger, journalists who are exposing corruption within the gardaí are putting their lives in danger, and that might sound truly shocking and neurotic to most people here but, believe me, walk in my shoes – that is the truth and we have no support.”

The Head Of Journalism At UL Keeps It Objective

Wish You Went To UL Now?

31 thoughts on “Meanwhile, In Limerick”