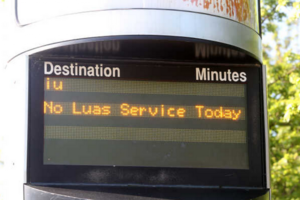 Luas operator Transdev has warned drivers if they proceed with their four-hour stoppages scheduled for the coming weeks, they will be docked a full day’s pay.

Transdev has previously warned drivers that because of the intermittent strikes and an ongoing work-to-rule, they would consider a number of options including lay-off without pay, short-time working, and/or a reduction or elimination of pay on foot of partial performance of contracts of employment.

…In response, SIPTU has accused Transdev of of “pouring fuel on the fire”.

Divisional Organiser Owen Reidy alleged that the company was out of control and operating in a reckless way.

Previously: Between The Lines 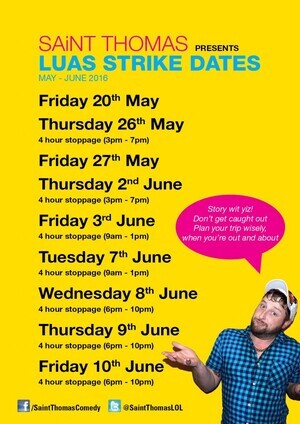