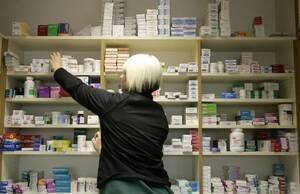 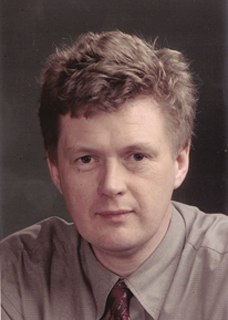 There is unanimity that criminal drug suppliers have to be taken on.

But who will take on the legal drug suppliers?

The recent killings in North Inner City Dublin have sparked much debate about illicit drugs, their control and the harms they wreak in many communities.

It is timely to examine the demand for and supply of all classes of psychoactive substances and how we are addressing them in Ireland.

In terms of legal status there are three broad categories: illegal substances, including heroin, cocaine, cannabis and a range of related substances; medicines intended for use on prescription only such as tranquillisers, anxiolytics and anti-depressants; and alcohol.

The first category are illegal for supply and personal consumption, with a wide range of sanctions. The second category are, in theory, controlled by being prescription only.

Alcohol is in a class of its own, with minimal regulation for adults in terms of supply.

In reality the above three categories have much more in common than separates them. The annual report of the national drug related deaths index from the Health Research Board tells us that there is approximately one overdose death per day in Ireland from combinations of these substances.

Demand for psychoactive substances is fairly high in Ireland. We have an international reputation for alcohol. Psychotropic medication is dispensed in large quantities to Irish people, not all of which is taken by the person for whom it is prescribed. Medicines are often shared or sold on.

There is a market for prescription drugs and many pills taken now have arrived in Ireland by unknown routes. The rapid rise and even more rapid demise of Headshops in 2010 has resulted in a supply of pills onto Irish streets that has not washed through yet.

Why do we take psychoactive drugs? To make us happy, to celebrate or make us feel good, to loosen our inhibitions, to erase or temporarily shut out traumatic experiences, to help us cope with life’s difficulties and for many more reasons.

For many, dependency patterns develop and severe personal and family disruption can ensue. Problems arising from psychoactive substances are usually passed to the health and social care services to address.

The ‘polluter pays’ principle does not apply in Ireland.

The American ‘war on drugs’ has failed and the public health approach is often referred to as the harm reduction model.

It is in addressing supply-side issues as part of this harm reduction approach and advocating for certain policies to reduce supply that public health practitioners come into conflict with vested interests.

Major suppliers are both reviled and feared. Users are caught in the middle and also experience stigma on an ongoing basis.

Suppliers of alcohol are a mixed bunch. Publicans and specialist off-licence holders in effect run small(ish) businesses, in every part of Ireland.

The large supermarket chains are small in number but, through ever expanding outlets, this limited number of large companies are eating into the market share and have become the dominant retailers.

On the production side we have the large transnational corporations flexing their very considerable financial muscles continuously; buying respectability and attempting to make themselves indispensable to Irish Sport and the Arts and lobbying our politicians at home and at the EU.

The extent of this lobbying is now being flushed out in to the open but so far it has been very successful at preventing any public health alcohol legislation making its way onto our Statute Books.

The third source of supply of psychoactive substances is the Pharmaceutical Industry. This industry is arguably more influential than the Alcohol Industry. It is a beneficiary of Ireland’s low corporation tax rate, it makes huge profits and has resisted efforts by the Irish State to supply medicines at more affordable prices.

Because of this behaviour it is now very much under the spotlight. Part of its profits comes from psychoactive medicines which cumulatively cost the State enormous sums; these drugs are very heavily and successfully marketed.

On the supply side, therefore, we have three types of major operators; criminal operators who make vast profits and two categories of Transnational Corporations who also make vast profits but who have so far resisted attempts by our legislators to pursue the common good.

They seem to operate on the basis that they are ‘too big to fail’ and that our country will be the loser if they are regulated more tightly.

We see where light touch regulation in respect of the banks has landed us. Let us learn from those mistakes.